My brother, the TV star!!

Last night marked a special night for my family. My younger brother Todd has his first starring role on TV on the ID Channel Nightmare Next Door! I'm so proud of him!! 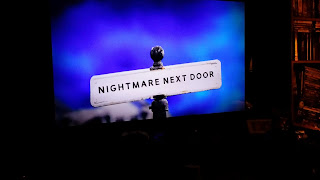 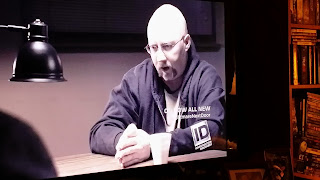 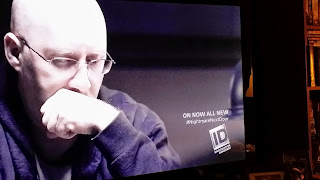 He played the character of Uncle Terry who finds his niece shot and dead in her bed. He truly did an excellent job when he was being interrogated by the police. It was mostly ad-libed. If you get a chance to watch the episode of Nightmare Next Door on the Investigation Discovery Channel On Demand, do yourself a favor and see it.

He's always wanted to be an actor and is finally getting the shot. He's appeared in many big budget movies. Currently he's filming South Paw that stars 50 Cent, Forrest Whittaker and a whole list of top-natch actors. Hoping he gets more screen time in this film. Promise Land that starred Matt Damon, was his most screen time in a movie yet. He had a lot of screen time in the low budget movie Croaker that his fiancée Kelly also acted in. My family got a chance to be in a low budget horror film called The Other Side that is a zombie movie. Hubby, oldest daughter and I were all zombies, but my son played a senior in high school. Trevor is very tall and slender with washboard abs. He is perfect for acting, but he wants to program video games and computer programs. He's currently in Mexico with his girlfriend Ana, visiting her family in Tijuana.
Posted by Gretchen at 8:31 AM No comments:

Email ThisBlogThis!Share to TwitterShare to FacebookShare to Pinterest
Labels: Acting, Brother, Love You, Movies, Nightmare Next Door, South Paw, The Other Side, Todd Bobenrieth, Zombies 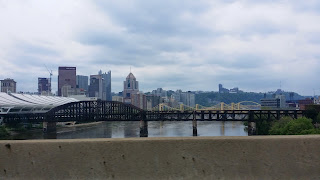 We have been going down to Pittsburgh for surgery and doctor's appointments for several months now. I had my neck fused on April 7, 2014, and go every 6 weeks to make sure the donor bone and titanium disc is staying in place and hopefully will start to graft onto my own. So far, so good, but the 6 month visit will tell it all. Now my husband has been going down to get injections in his knees. They are in very bad shape, causing horrible pain and he needs knee replacements. The injections are a chance to keep the surgery from happening for several more years. 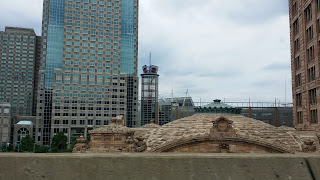 Of course, since we were there, I had to take photos. The City is gorgeous. That is probably one of the reasons so many block buster Hollywood movies are being filmed there now. My brother has been an extra in many of the recent movies and TV shows. 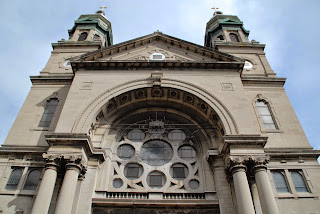 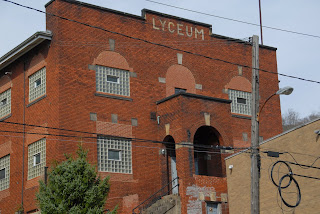 Posted by Gretchen at 3:49 PM No comments:

Ridgway has been declaired a disaster area after May 21, 2014 Flood 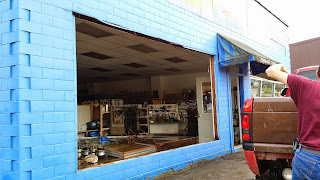 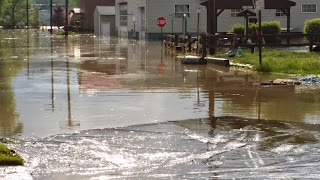 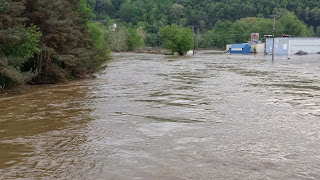 Our beautiful town of Ridgway has been declared a disaster area after the second highest Clarion River flooded. The Clarion crested at 21.67 feet at 1:45 p.m. The highest ever flood was 23.10 feet on July 19, 1974. It's scary how mad Mother Nature can go when she sees how us humans are treating her creation. Since 1964, there have been 6 floods that crested the Clarion River. 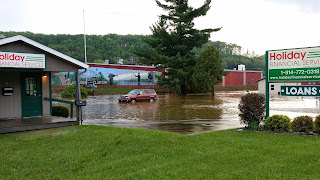 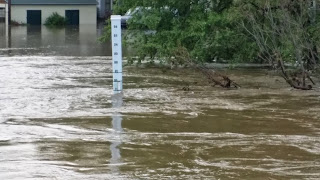 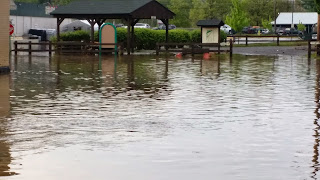 I missed most of the flooding because we were in Pittsburgh for my husband's doctor's appointment. He needs injections in both knees. The hope is they will keep him from needing knee replacements for several more years.

I'll post the photos from Pittsburgh in my next post. Please pray to whatever deity you believe in. Businesses and private homes are destroyed. They need all the help they can get.
Posted by Gretchen at 3:39 PM No comments:

Once again, I've gotten a blow and it has me down for the count. I somehow ended up with double pneumonia as well as a secondary infection that they haven't been able to identify yet or if they have, nobody told me what I have. This has been one of the most miserable weeks in my life. I can't breathe, it feels like an elephant is sitting on my chest. Then there's the non-stop coughing. That alone is horrid. :(

We were in Pittsburgh on Friday to see the next surgeon for me to make sure the donor bone and titanium disc are staying in place and I'm doing well. So far, so good. I woke up from the surgery 7 hours after it was over and I couldn't believe that my arm was no longer numb or in pain! Dr. Vincent Silvaggio of 3 Rivers Orthopedics is truly the greatest surgeon out there. I would never allow anyone else to touch my neck. I wish I had gone to his partner to have my knee done. The torn meniscus should have been healed the months ago, but I'm still having so much trouble with walking down steps, bending the knee and even putting weight on it is a killer. I should have been sent to physical therapy immediately, but I surgeon waited 9 weeks before authorizing it. I may never get my knee back to normal because of that move. The PT agrees I waited too long and he's doing his best to make it the best it can be. It will never be normal again, but I. have to keep going.

I'm slowly getting over the pneumonia I can breathe a bit easier today. such a relief! I go for my third chest x~ray on Wednesday to see if they are now clear or at least cleaning up. What a relief! Lets hope this is the end of health problems. I can't take much more.

Randy also saw one of my surgeon's partners to have injections in his knee. He needs to have it replaced, but we can't do that right now. Social Security is backed up 14 months. It will be no sooner than September when they schedule my hearing. He had 2 more injections to have done the next two Wednesday. I know how painful they are. He would never admit that pain, but after being with the same man for almost 30 years, you learn to read him.

I'm hoping for decent weather next week, so we can do some photography around the city. The architecture is gorgeous down there.
Posted by Gretchen at 10:44 AM 2 comments: